Flexicare manufactures and supplies medical devices, including respiratory equipment. It is a major supplier to the NHS and private institutions in the UK. It also has an international presence in over 105 countries across the world.

In the past year, Flexicare has implemented Concur Expense, Concur Invoice and Concur Travel. In a recent Client Bytes webinar, we spoke to Peter George, Flexicare’s Group Financial Controller, to find out how they’ve been getting on with the platform. 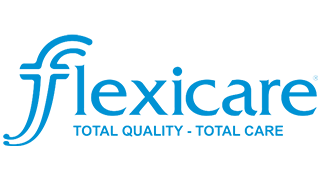 Hear how Flexicare are using SAP Concur solutions to automate their Travel, Expense and Invoice processes.

A Company with Inefficient Paper-based Processes

Peter says the company’s processes before implementing the SAP Concur platform were heavily paper-based. Peter recalls asking a sales rep in the Middle East about the expense process and being told simply: “It was a nightmare.” And the finance team member he spoke to shivered in recollection.

Invoices were similarly manual, with invoices being taken round the office by hand for sign off. Peter says one of the biggest problems was transparency. “If a supplier phoned up to ask about payment of an invoice, we often had trouble to locate where an invoice was within the manual approval system (if not in the ERP system) and would have to ask the supplier to send a duplicate invoice.”

A New Way of Thinking

Peter says the catalyst for change was when a few new people joined the company. They’d used the SAP Concur platform in their previous companies and it triggered a conversation.

When researching the market, Peter says the SAP Concur solution was the one that was at the top of most people’s minds. Then when they demoed Concur Expense, they were quickly convinced it was the right way to go. “It looked so straightforward and that anyone could use it,” he says. “We wanted something easy-to-use so no one would have any problems using it.”

Peter says the SAP Concur platform has transformed expense and invoice for Flexicare.

He says the expense process is much faster than before, with a minimal delay between an expense claim being submitted and it being reimbursed. He’s also impressed with the data they’re able to get from the system, which he says is helping them with their decision-making.

He appreciates the transparency Concur Invoice has given him too. Invoices go into the system straightaway and they can see where it’s got to in the process. “When a supplier calls up now, we know where it is. If it’s been held up, we can see where and why. It’s all clear for the purchase ledger clerk.”

Concur Travel has only recently been implemented but he’s hoping to see a similar transformation.

A Company Able to Cope with Challenging Circumstances

As a major supplier of respiratory equipment to the NHS, these are clearly busy times for Flexicare. Peter says: “I’ve never been more proud to work for Flexicare than I do at the moment – there are so many good news stories. Our warehouse operation, supply chain and manufacturing team are working around the clock to meet the demands of global healthcare.”

At the same time, he is immensely grateful the business took the decision to implement the SAP Concur platform. He says: “When we first went into lockdown, we asked ourselves as a finance team: is there anything we won’t be able to do? We decided that the only thing we wouldn’t be able to do was get into the office to open post. As it is, we can still get everything around the company. It would have been an admin nightmare otherwise – it’s a very scary thought. But we have a transparent system in place – we can turn our laptops on at home and carry on as normal.”

Peter says that if his company didn’t already have SAP Concur solutions in place, the current lockdown would have made him look to do something radical very quickly. For anyone thinking the same way, he says it would be more than possible: “All our implementation was done remotely via conference call. It was very efficient and the implementation team was very capable. If you’ve got the right mentality, you’ll get it done.” How A Telecommunications Company Has Streamlined its Travel Booking